While so much of the news in the world was filled with tragedy and fear, and an undercurrent of that flowed through me, when I look at the work I did and the quilts I made, I am very proud of what I did, and I’m excited to build on that in the coming calendar year.

I started the year with some rules for 2016, and I definitely ticked off all the boxes. The stack of fabric in that photo would become Window no.1, which was the quilt that most embodied my rules (and took up most of my quilting time over the course of the year). But I get ahead of myself.

My first finish of 2016 was Rally, a free MQG quilt of the month pattern. If you’re an MQG member, you can still download it from the resources page of the community site. I love the simplicity of the design that also lets you play with improvised angles for something a little different every time. It was also so wonderful to see other people make the quilt throughout the year. (One even became a beautiful wedding present .) 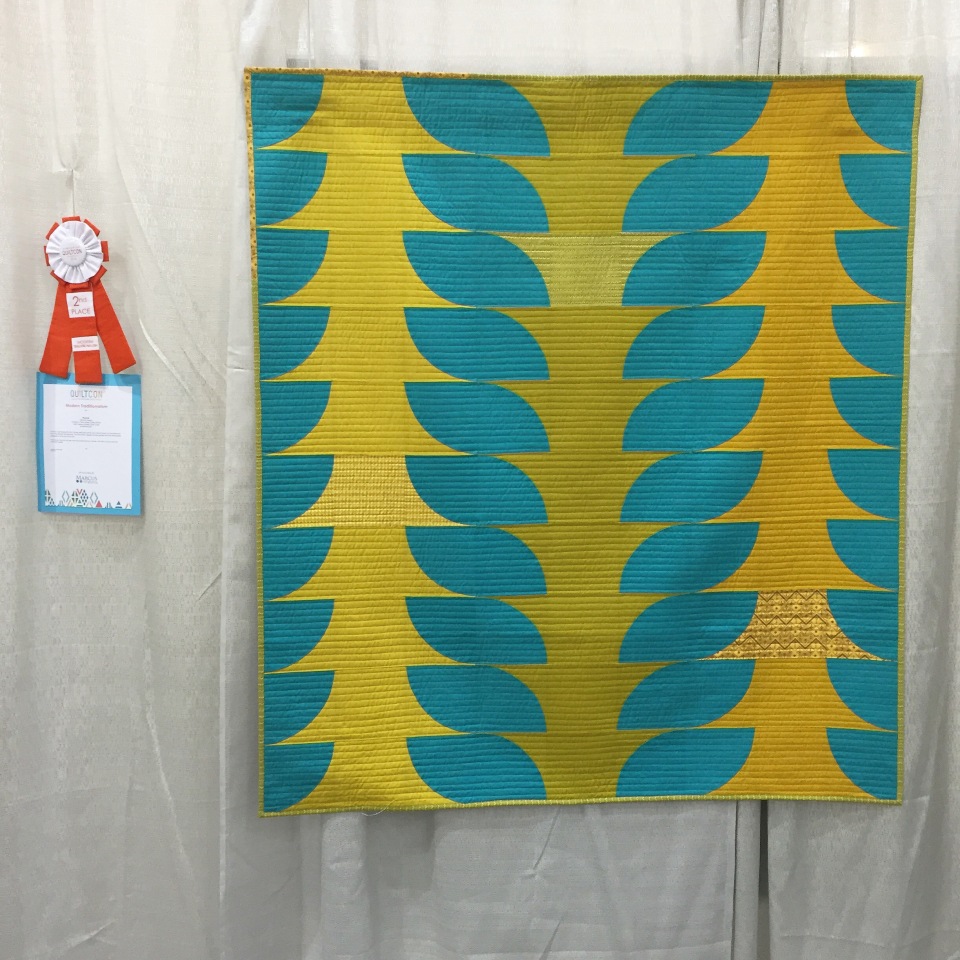 At QuiltCon in Pasadena, I showed three quilts– Flounce (which won second place in the Modern Traditionalism category and traveled in the Best of QuiltCon exhibit), Momentum (which debuted with a pattern in Quiltcon magazine), and First Position. It was a bit overwhelming, to be honest, but in a really great way. 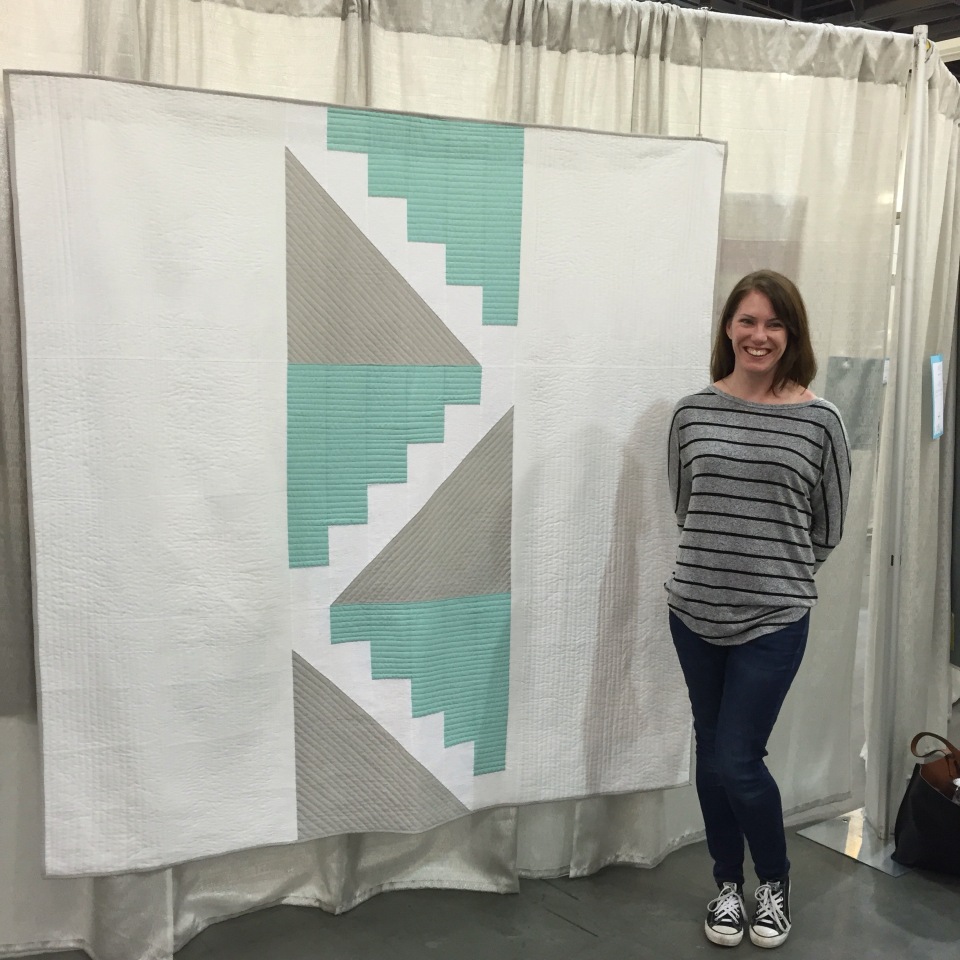 In March, I traveled to North Carolina to teach my curves workshop to the Triangle MQG. It was beautiful, from the beach to the students to their work and conversation. I found that I really enjoy teaching this workshop in particular and the different ways that my students become inspired during it.

April was Mid-Atlantic Mod, another curves workshop, some wonderful people, and the milestone of finishing the top of Mend. I also took a hand quilting class that ticked the box of learning something new and would prove very handy later in the year.

In May, I spoke to the Long Island MOD guild, which was a blast, and I took the Making Faces with Melissa workshop with the fabulous Melissa Averinos. I learned some really valuable tips for my creative process, and found so much inspiration. 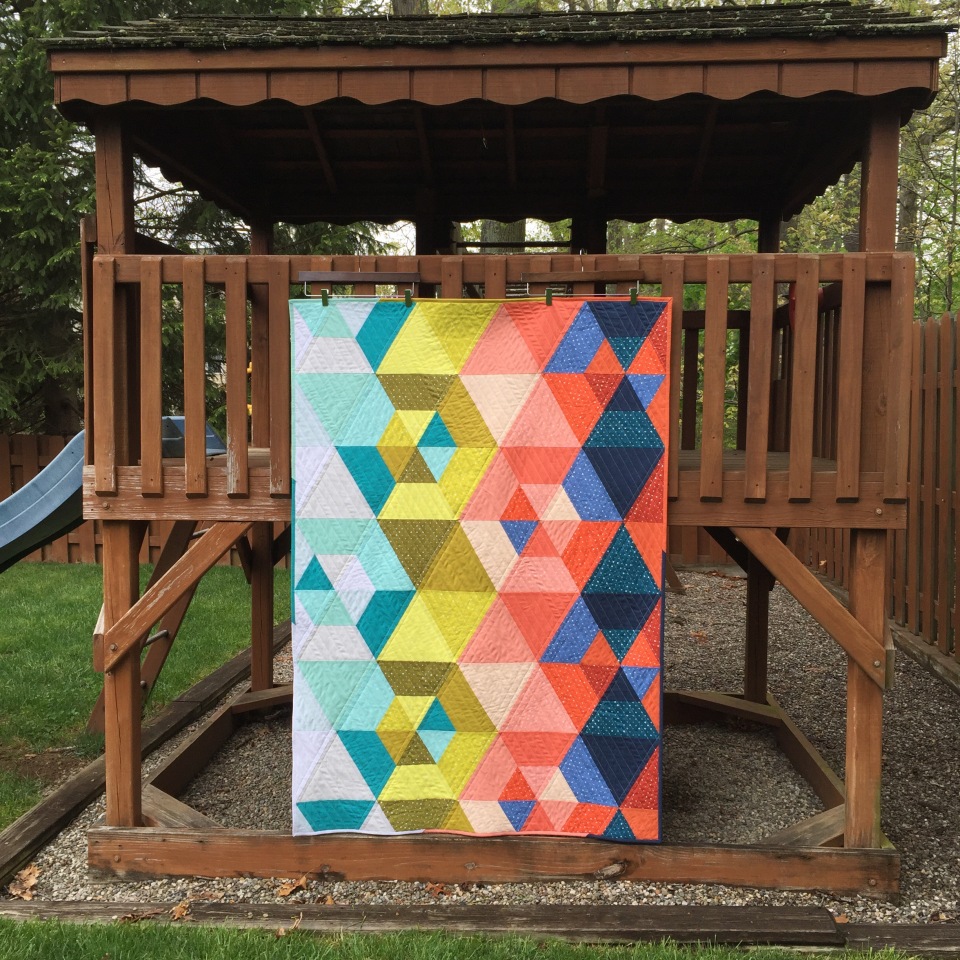 In the middle of the year, I had the pleasure to take on a few sample jobs for Cloud9, and they were just gorgeous. Prismatic (designed by Michelle Engel Benscko) was a great tutorial in color for me and a fabulous way to practice piecing triangles. The Plaids Throw was pure patchwork pleasure. And the Improv Waves quilt scratched an improv curve itch I’d had all year.

In the fall, I was so proud to finish two projects I’d been working on since January, Window no.1 and Mend. Window no.1 hung in the Warwick Valley Quilters’ Show and received an honorable mention. For such an unconventional quilt in a traditional show, this was an especially huge compliment for me. 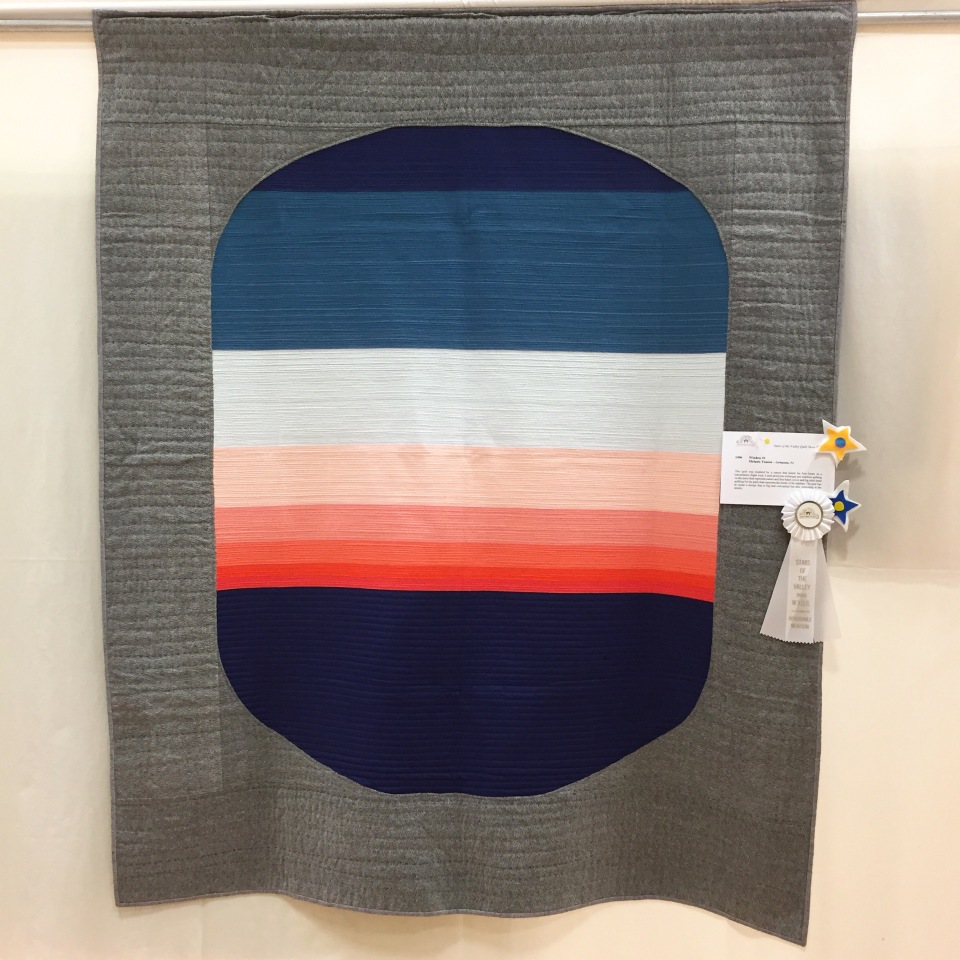 I also taught a walking foot quilting workshop for the Central Jersey MQG and traveled to Washington DC to teach my Trill design to the DCMQG.

To cap off the year, I got to unveil Rime, which is now available in issue #42 of Love Patchwork and Quilting. It just came home to me from the UK, and it’s nice to snuggle with it for the first time.

I also got the news that Window no.1 and Mend will hang at QuiltCon in Savannah in February, along with Rally, which will be in the Quilt of the Month exhibit.

As a preview for 2017, here’s what I have on my new calendar: finishing the black and white Trill quilt, an MQG webinar, a trip to Savannah for QuiltCon, a trip to Lancaster for Mid-Atlantic Mod, and at least two more window quilts. I’m ready. Let’s do this.