It’s been awhile since I’ve written here, and that’s partly because this quilt has taken awhile. Nearly nine months awhile. I’ve been a little (ok, annoyingly) secretive about it for a few different reasons, but it is finally done, and now I can show it to the world.

It was inspired by a four-hour sunset on a transatlantic flight westward. I never took a picture of it, but it was so clear in my mind for months after that I knew it had to be a quilt.

It’s about the big picture— color and concept, nature and technology, hand and machine stitching, texture and contrast, precision and imperfection.

But it’s also very much about the details. The colors are matchstick quilted in matching and blending colors, while the flannel is hand quilted to coordinate but not to blend in. The design uses the Fibonacci sequence, but also improv curves.

I usually recoil a bit when the word “journey” is used figuratively, but I am so different now than I was when I started this quilt in January. It represents so many different journeys besides the literal one that inspired it. It taught me so much about myself, and in some cases it forced me to grow (I took multiple hand quilting lessons to make sure that I felt ready to tackle it here). There were a few times when I wanted to give up, and I am so happy and proud that I didn’t. I kept going knowing that the finished product would be something special (Dare to be Awesome, right?)

It looks so different as a whole than it does in detail shots. It’s hard to photograph in that sense, so I hope that I can convey its essence properly here. But I also hope that people will have a chance to see it in person. I think a studio photo shoot might be in order for official documentation.

However, this post is a celebration that it is done and that I can share it with the world.

And the number? It’s the first quilt in a series that I’m planning to do, along with an effort to let viewers interpret it how they want to. Hopefully the next one won’t take this long, but it if should happen to, I hope that I learn and grow as much as I feel like I have making this one. 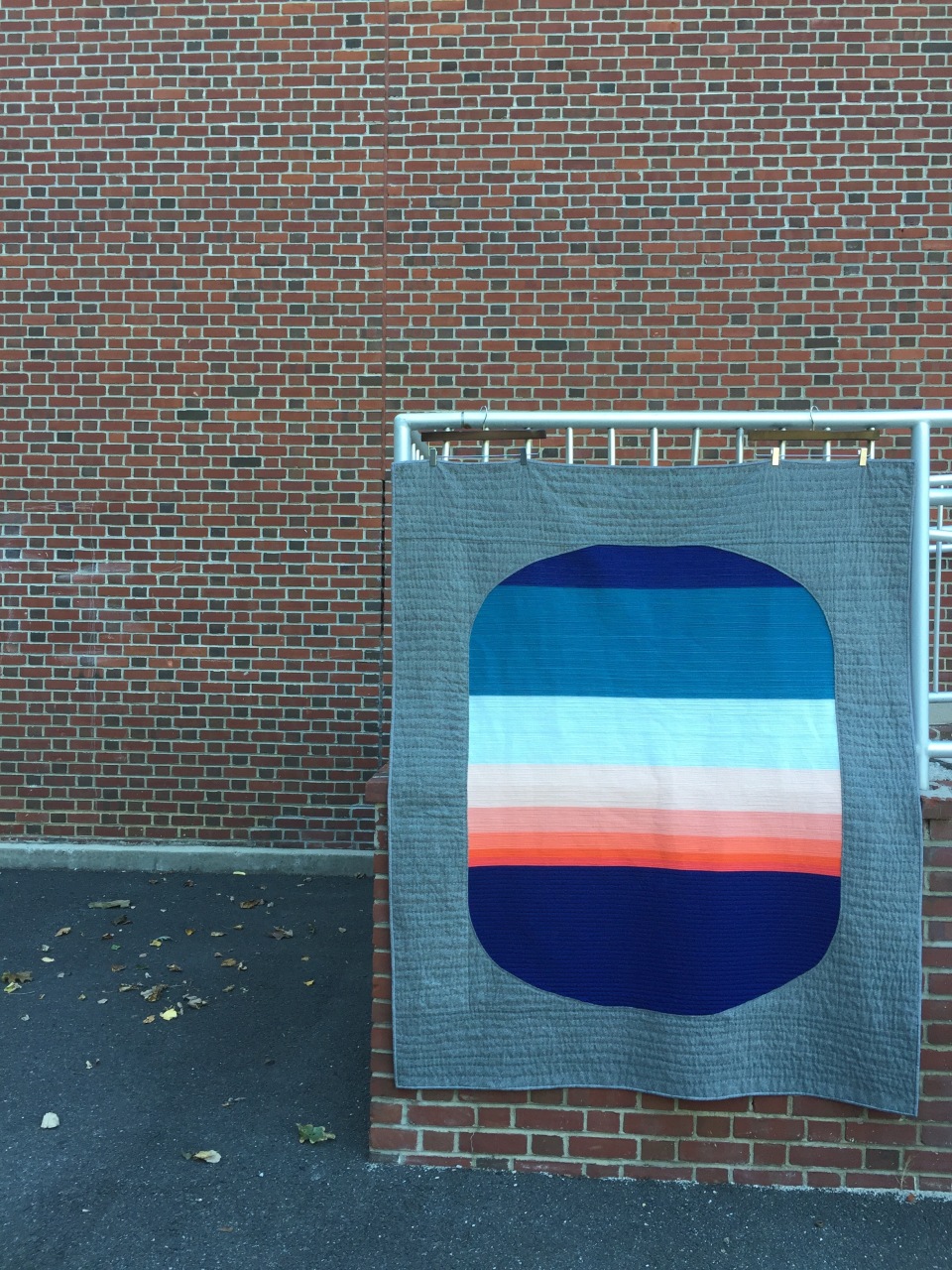